The Shamanic Cure for Drug Addiction

The lack of information on the true goal of the life has created a false scale of values that, when acting, leads the individual to the frustration and the “stress”. For the materialists, none that is not reducible to the conceptual intelligence has value in itself and, consequently, it does not exist. This is a problem that by itself acts as a conditioning and influential hallucinogen with effects of more magnitude, that is to say that the materialism has gone making sick and poisoning the whole humanity, in the same way as a poison or a drug. This mistaken concept by itself leads to the drugs. The lack of a formation based on spiritual knowledge is taking the whole humanity on the way to the self destruction. People want to leave the deceit, because they can no longer support the inconveniences of the material life that has gone increasing so exaggeratedly in the last times. People want to escape from a world in crisis. Each individual feels impotent in front of so many obligations and duties without an understanding of authentic value.

Anyone, who thinks a little, will discover a great void inside him- or herself, no matter how many materialistic successes they have been able to obtain in their lives. What to say if alone had failures? People are taking drugs, when they cannot tolerate the tedium of the void and isolation and feel lacking true love and cultivated intelligence, as it would correspond to each human being. The materialistic system of education leaves buried any possibility of elevation of consciousness; produces “zombies” for the common good of a society of “zombies”. With the spiritual life buried, without any consciousness developed on the base of spiritual knowledge, it is not possible, however, to distinguish among what is correct and what is not. Consequently, many people want to escape from this great deceit of the materialistic conception of life and take refuge to a world not less deceiving of drugs. (Translated from Spanish to English)

Introduction in a Shamanic Ceremony

Regrettably, we are impotent to be able to change this collective and global situation of distorted values of life that figure as incubator for the propagation of drugs and their victims. However, at least one can be conclude that the cure of the drug addiction requires the re-foundation of the personality based on spiritual values.

The Western Medicine and Psychology do not take into account this point as one of the causes for their failures in the cure of drug addicts. It is not to be surprised, because the spiritual dimension is absent very widespread in all the branches of the Official Medicine that is degenerating more and more toward a biological type of engineering, also materialistic, in our modern times.

The style of materialistic life already generates for itself a great dissatisfaction in the individual, because goes against its own nature that is eminently spiritual. Of there it is that the whole humanity suffers of anxieties, depressions and neurotic problems, because man has not only been created for the satisfaction ofhis necessities, such as eating, sleeping and mating or work as a donkey for material comforts, power and social prestige (affordable alone for the humanity’s favoured part).

“Shamanism” means literally “Man-God-Medicine”. We therefore have to conclude that the activation of the Shamanic Ecstasy of Consciousness facilitates an authentic experience of spiritual nature. This includes the momentous and eternal mysteries of the human life, such as the destination or the reason of life, birth, coming into existence, of death, the body and the soul, the corporal impermanence and the spiritual eternity, truth and illusion, health and illness, God and creation, the acquisition of mystic powers etc. We understand that the activation of these archetypal ingredients happens in a palpable, perceptible, nonintellectual and direct way and not by means of discursive, abstract view or insinuation.

It is necessary to understand clearly that the sporadic abuse of the Shamanic Medicines, that is to say their inexpert and misplaced use, does not represent any solution to any problem. The drugs and the medicines used as drugs, on principle do not resolve anything. Consequently the use of drugs cannot be justified neither be approved.

We should distinguish among drugs of addiction and of temptation. For example, the opiates and their by-products are highly addictive, while the cocaine does not produce any addiction, because its consumption follows from sporadic or discontinuous temptations.

The consciousness of addicted people circles predominantly around how to maintain or to get again the psychosomatic experiences induced artificially with the ingestion of drugs. They do not realize neither the distortion of their personalities nor the damages for the integrity of their corporal health, respectively they hide them. They act as possessed by demonic energies immanent to the drugs, because their desires, their will, their feelings and thoughts have as lodestar, objective and reason of being the drugs and their effects. These energies, being invisible themselves, become then visible through the behaviour and the addict’s psychosomatic dysfunctions.

We talk of highly destructive energies that can invade all or part of the centres of psychosomatic regulation, well known as “Chakras” in the yoga literature, according to the activities undertaken by the addict under the effect of the drugs. The addict who enjoyed sexual activities with drugs, for example, can be for sure that these energies introduced themselves also in his Sexual-Chakra. 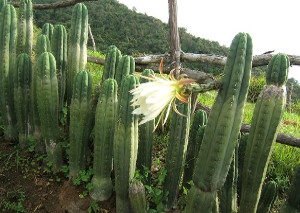 The drug addict’s definitive cure requires, consequently, as much of an energetic diagnosis as of an “energy exorcizing surgery”, able to eliminate or to neutralize these dark and alien energies and of purifying the structures of the individual and archetypal subconscious of all polluting activity. The Shamanic Medicines (Sacred Power Plants as AYAHUASCA, PEYOTE or SAN PEDRO) alone are not enough, however, to eliminate all these evil energies. This requires, additionally, the blessings of God and the assistance of the Spirits committed with His light, purity, wisdom, love and sanctity. Notwithstanding, the Shamanic ritual with the Sacred Power Plants allows us to detect and activate these dark energies for their succeeding elimination.

However, the drug addict should undergo a previous program of detoxification in order to be able to participate in the rites with the Shamanic Medicines; contrarily will run the risk of foreseeable and unforeseeable dangers for his health. Properly detoxified needs a program of four to six contiguous weeks of nocturnal shamanic rites every three days to obtain the cleansing and definitive transformation of the energy body of his personality. The Endogenous Depression, the Multiple Sclerosis and other Degenerative Illnesses can be cured shamanically (on base of the same principles) in around three weeks.